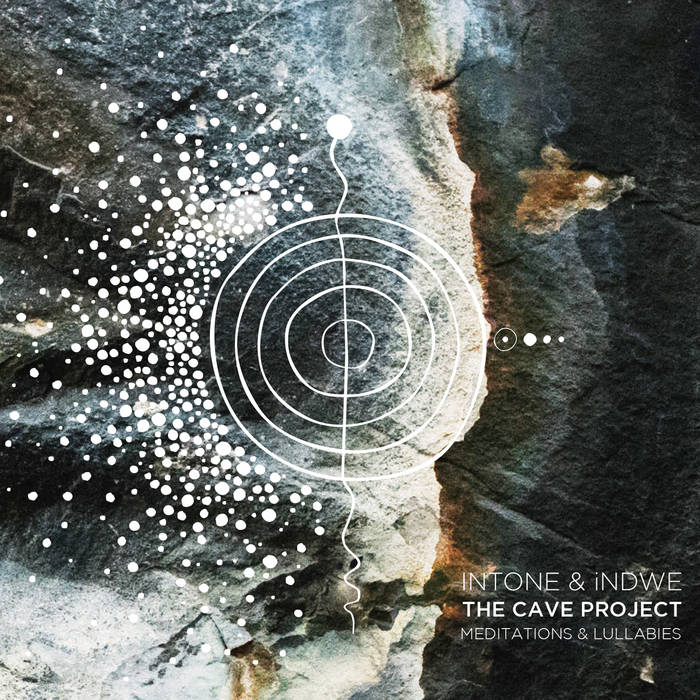 This recording project is based on an intention to create music and sounds that soothe babies in utero and outside the womb, as well as pregnant women.
The idea took root and grew, with the inclusion of percussive duo Intone and singer and Xhosa-bow player iNDWE, and culminated in three days of recording in a cave off the West Coast of South Africa, one with a history dating back some 60 000 years, over three different eras of ancient human habitation. The two musical entities thus created this double album to honour where we come from biologically as well as anthropologically.
While the compositions are based on the mother-child relationship, we believe we’ve created healing music for people at all stages in the lifecycle.
The music, and all natural sounds on this recording, are a true, live representation of a moment in time, as it happened. No overdubs, no post production edits.

Intone and iNDWE would like to thank:
Herman and Kitta Burger of Steenbokfontein Seeplaas, and the location team: Jonny Blundell,
Dave Langemann, Marissa van Minnen, Thomas and Martijn Roos, and Bruce Meissener.
Special thanks to Nino Rivera. We are also grateful to our families for their support.

Bandcamp Daily  your guide to the world of Bandcamp

Featured sounds from Fly Lo and Ahmed Idris, plus Mother Nature hops on to drop off new project